For children and old people; the extremes of life; persons who are habitually cold and deficient in vital reaction; young people of a nervous sanguine temperament.

Adapted to diseases with rapid sinking of the vital forces; complete prostration; collapse.

Cold perspiration on the forehead (over entire body, Tab.); with nearly all complaints.

Cannot bear to be left alone; yet persistently refuses to talk.

Thinks she is pregnant or will soon be delivered.

Mania with desire to cut and tear everything, especially clother (Taran.); with lewd, lascivious talk, amorous or religious (Hyos., Stram.).

Sensation of a lump of ice on vertex, with chilliness (Sep.); as of heat and cold at same time on scalp; as if brain were torn to pieces.

Ice coldness: of face, tip of nose, feet, legs, hands, arms, and many other parts.

Cutting pain in abdomen as from knives.

Diarrhoea: frequent, greenish, watery, gushing: mixed with flakes: cutting colic, with cramps commencing in hands and feet and spreading all over; prostrating, after fright; < least movement; with vomiting, cold sweat on forehead during and prostration after (Ars., Tab.).

Dysmenorrhoea: with vomiting and purging, or exhausting diarrhoea with cold sweat (Amm. c., Bov.); is so weak can scarcely stand for two days at each menstrual nisus (Alum., Carbo an., Coc.).

Pains in the limbs during wet weather, getting worse from warmth of bed, better by continued walking. In congestive or pernicious intermittent fever, with extreme coldness, thirst, face cold and collapsed; skin cold and clammy, great prostration; cold sweat on forehead and deathly pallor on face.

Relations. – After: Ars., Arn., Cinch., Cup., Ipec. After Camph. in cholera and cholera morbus. After Amm. c., Carbo v. and Bov., in dysmenorrhoea with vomiting and purging.

Aggravation. – From least motion; after drinking; before and during menses; during stool; when perspiring; after fright. Often removes bad effects of excessive use of alcohol and tabacco. 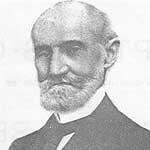 Back to Top
Homeopathic doctor in Gurgaon NH8